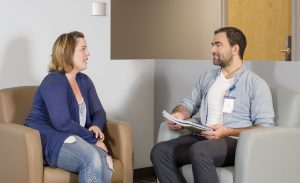 Deciding to engage in counseling – especially for the first time – can feel overwhelming. Consequently, what to expect for your first initial intake appointment with a therapist can really help. Let’s talk tips.

First, check out the agency's or therapist's website. You will likely find a lot of the answers to your questions about your intake appointment there. Most agencies and private therapists also have a lot of good information on their websites about their values, mission, services and areas of treatment.

You will likely also find FAQs (Frequently Asked Questions) about accepted insurances, intake forms and what you will need to bring with you to your intake appointment. Completing these forms from home may be helpful to lessen your anxiety when you arrive. You will also learn how to get your first therapy appointment.

You will likely need to bring basic information, such as your ID, insurance card, Social Security number and a list of medications (which is extremely helpful). This information is essential for knowing any medical information that may impact your mental health, and for care coordination with your primary care physician.

If you would like to bring a friend, family member, spouse or partner to your first session, feel free to – this person should make you feel comfortable and allow you to speak your truth, not dominate the session or make your feel shamed or judged. Note that you will likely need to complete a release of information, dubbed an ROI, to allow the therapist to exchange personal health information with this person.

Know that therapists are trained professionals, and what you tell them is confidential. The first session with them is to review and sign off on clinical paperwork, to gather information about why you are seeking treatment, discuss your symptoms, how long you have experienced these symptoms, and consider your goals for treatment.

Therapists have heard and helped navigate a variety of issues, so their job at this initial visit is to lay the groundwork for your treatment. Be honest about what you are struggling with.

Finally, bring an open mind and be patient with the treatment process.  The reasons you are seeking treatment did not happen overnight, so the solutions to your problems may not resolve that quickly either.

At Community Reach Center, we continuously work to streamline our intake process. We want you to have a good experience with the initial steps and paperwork, and once you start appointments with a counselor, we use seek your comments in FIT (Feedback Informed Treatment) practices to fine tune your treatment every step of the way.

We are always prepared to help at Community Reach Center, a leading Denver mental health clinic. Visit communityreachcenter.org or call us at 303-853-3500 Monday through Friday for more information about services. We have centers in the northside Denver metro area of Adams County including the cities of Thornton, Westminster, Northglenn, Commerce City and Brighton.

This column was contributed by Adrienne Sines, MA, LPC, NCC, who is a program manager for the Intake Team at Community Reach Center in Thornton.  She has a history of serving in school-based, residential, in-home and outpatient settings. Thank you Adrienne. 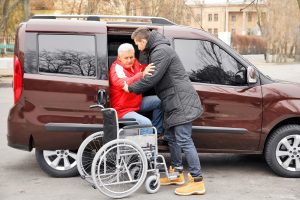 Almost half the people who care for an elderly, disabled or chronically ill family member or friend are men, but the way they cope is usually different than women.

According to the National Family Caregivers Association (NFCA), more than 54 million Americans have provided care for an elderly, disabled or chronically ill family member or friend during the past year. Even though caregiving is often thought of as a primarily female role, an NFCA survey found that 44 percent of caregivers are male.

This emerging trend for men to increasingly serve as primary caregivers presents unique challenges and is requiring adjustments, such as new support groups, to make sure all caregivers are supported regardless of gender or family role.

Whether an ill relative has been diagnosed with Alzheimer's disease, Parkinson's disease, Multiple Sclerosis, Lou Gehrig's disease or a stroke, male caregivers often find their new role to be daunting and all-consuming. Most men have grown up in a household – and certainly a culture – in which females are perceived as the primary family nurturers. Yet often by necessity, more men than ever are rolling up their sleeves and helping an ill loved one with day-to-day tasks such as dressing, toileting, bathing, eating, changing dressings and managing medications.

To compound the stress, baby-boomer men may find themselves sandwiched between elder care and child care. As they juggle work, family, and the needs of an aging parent, stress and frustration can often turn into anger, despair, exhaustion and burnout.

Studies have documented the ability of support groups to ease the emotional pain and anxiety associated with caregiving and to fight the social isolation. But even though these support groups for caregivers are available in many parts of the country, men lag behind women in their willingness to take the initiative to participate.

To attract more men, the Alzheimer's Association sponsors support groups solely for male caregivers, which are becoming increasingly popular. The association offers services in more than 300 communities in the U.S. Some men prefer participating more anonymously in online support groups through the organization's website.

Men also tend to react differently to the depression that can accompany long-term caregiving. They are less likely than women to admit that they feel depressed, talk with their doctor about it or take antidepressant medication. Men, in fact, are more likely to deal with depression by working long hours at the office or turning to unhealthy coping mechanisms such as drugs or alcohol.

Male caregivers may neglect themselves in other areas – eating an inadequate diet, ignoring their need for exercise, having too little sleep and postponing visits to the doctor for their own medical ills. The consequences of these behaviors can be serious.

The strains of caregiving

Research at Ohio State University found that the chronic stress associated with caring for a family member with dementia can weaken the disease-fighting immune system of elderly caregivers.

At the University of Pittsburgh, investigators evaluated elderly individuals (48 percent of whom were men) who were caring for an ill spouse. The strain of caregiving increased their risk of death, compared to counterparts who were not caregivers. As a result, many doctors and social workers advise their patients not to take on caregiving responsibilities unless they're willing to also care for themselves.

If you find yourself in the challenging role of a caregiver, remember to care for yourself as well, because if not, your ability to function as a caregiver will be adversely impacted. If you have any questions about where to turn for help, please reach out to the Senior Reach team at Community Reach Center at 303-853-3657. We can assist with emotional support for caregivers and connect you to appropriate local resources for additional help.

Editor’s Note: We would like to thank Wellness and Care Coordinator Nicole Hartog and Program Manager James Kuemmerle with the Senior Reach program at Community Reach Center for this blog and its important insights. The writing team contributes monthly columns concerning older adults. 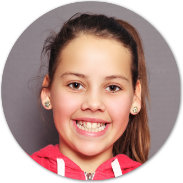 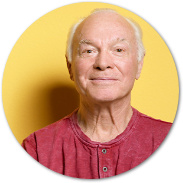 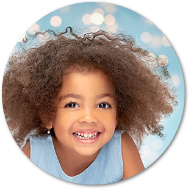 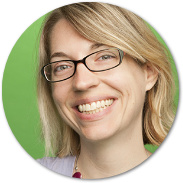