Many of us experience a mental illness at one time or another, and treatment is often the answer to what is often a temporary condition. This Scientific American article notes “society should begin to view mental illnesses like bone breaks, kidney stones or common colds—as part of the normal wear and tear of life.” 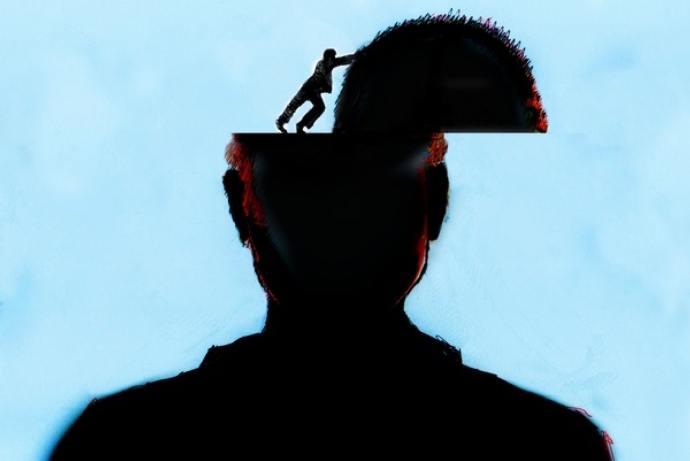 Most of us know at least one person who has struggled with a bout of debilitating mental illness. Despite their familiarity, however, these kinds of episodes are typically considered unusual, and even shameful.

New research, from our lab and from others around the world, however, suggests mental illnesses are so common that almost everyone will develop at least one diagnosable mental disorder at some point in their lives. Most of these people will never receive treatment, and their relationships, job performance and life satisfaction will likely suffer. Meanwhile the few individuals who never seem to develop a disorder may offer psychology a new avenue of study, allowing researchers to ask what it takes to be abnormally, enduringly, mentally well.

Epidemiologists have long known that, at any given point in time, roughly 20 to 25 percent of the population suffers from a mental illness, which means they experience psychological distress severe enough to impair functioning at work, school or in their relationships. Extensive national surveys, conducted from the mid-1990s through the early 2000s, suggested that a much higher percentage, close to half the population, would experience a mental illness at some point in their lives.

These surveys were large, involving thousands of participants representative of the U.S. in age, sex, social class and ethnicity. They were also, however, retrospective, which means they relied on survey respondents’ accurate recollection of feelings and behaviors months, years and even decades in the past. Human memory is fallible, and modern science has demonstrated that people are notoriously inconsistent reporters about their own mental health history, leaving the final accuracy of these studies up for debate. Of further concern, up to a third of the people contacted by the national surveys failed to enroll in the studies.Follow-up tests suggested that these “nonresponders” tended to have worse mental health.

Our new study, published earlier this year in the Journal of Abnormal Psychology (whose very name suggests an outdated understanding of the prevalence of mental illness), took a different approach to estimating disease burden. Rather than ask people to think back many years in the past, we instead closely followed one generation of New Zealanders, all born in the same town, from birth to midlife. We conducted in-depth check-ins every few years to assess for evidence of mental illness occurring during the preceding year.

We found that if you follow people over time, and screen them regularly using simple, evidence-based tools, the percentage of people who develop a diagnosable mental illness at any point in their lives jumps to well over 80 percent. In our cohort only 17 percent of study members did not develop a disorder, at least briefly, by middle age. Because we can’t be certain these individuals remained disorder-free in the years between assessments, the true proportion that never experienced a mental illness may be even smaller.

Put another way, our study shows that you are more likely to experience a bout of mental illness than you are to develop diabetes, heart disease or any kind of cancer whatsoever—combined. These findings have been corroborated by data from other similar cohorts in New Zealand, Switzerland and the U.S.

If you ever develop a psychological disorder, many assume you will have it for life. The newest research suggests, for the most common psychological complaints, this is simply not true. “A substantial component of what we describe as disorder is often short-lived, of lesser severity or self-limiting,” says John Horwood, a psychiatric epidemiologist and director of the longitudinal Christchurch Health and Development Study in New Zealand. (Horwood has found that close to 85 percent of the Christchurch study members develop a diagnosable mental illness by midlife).

This may be a useful message to spread. According to Jason Siegel, a professor of social psychology at Claremont Graduate University, people tend to be more sympathetic and helpful when they believe that a friend or co-worker’s health problems are temporary.

And individuals with mental illness need support. Even short-lived or self-limiting disorders can wreak havoc on a person’s life. To be classified as having a disorder, “an individual typically has to meet fairly stringent symptom criteria,” Horwood says. “There needs to be substantial impairment of functioning.”

To some, though, the new statistics on mental illness rates can sound a lot like the overmedicalization of “normal” human experience. Advocates for individuals with mental health concerns tend to disagree with this perspective. “I’m not at all surprised by these findings,” commented Paul Gionfriddo, president of Mental Health America, a national advocacy group. His organization views mental illnesses as common, “though not always enduring.” Three years ago Mental Health America launched a Web-based tool to allow individuals to discreetly screen themselves for possible psychological disorders. Since then over two million people have used the tool, with over 3,000 people a day now logging on to determine if they may have a condition that could benefit from treatment.

The widespread nature of mental illness unearthed by careful longitudinal research holds some implications for the way we study and treat disease in this country. To Gionfriddo, a former lawmaker who watched his son end up homeless and incarcerated following undiagnosed childhood schizophrenia, “one implication of these new studies is that we as a society will get tremendous benefit out of ubiquitous mental health screening.”

Although the U.S. Preventive Services Task Force currently recommends mental health screening on a regular basis for everyone over age 11, such screening is still far from routine. “At a time when we have recognized the importance of early intervention for cancer or for diabetes or heart disease, why would we say, ‘Okay, for mental illness we aren’t going to screen or do early intervention’?” Gionfriddo says. “This should be as common for adults as blood pressure screening. Putting our head in the sand and waiting for a catastrophe is not a health care plan.”

Another implication stems from the fact that individuals who never develop a mental illness—those who experience what we call “enduring mental health”—are actually quite remarkable. These people may be the mental health equivalents of healthy centenarians: individuals who somehow manage to beat the odds and enjoy good health for much longer than we’d expect. It’s possible that studying the mentally robust more closely could provide insight into how we can help more people to enjoy lives like theirs.

Who are these extraordinary people? In our New Zealand cohort we found that those with enduring mental health tended to have two things going for them: First, they had little to no family history of mental illness and, second, they tended to have what we called “advantageous” personalities. As early as age five, individuals who would make it to midlife without an episode of mental disorder tended to display fewer negative emotions, get along better with their peers, and have greater self-control. Perhaps just as striking, we found that these individuals were not any richer, smarter or physically healthy than their peers, at least in childhood.

Ultimately, the most important suggestion from the newest research is that mental health concerns may be nearly universal. As a result, society should begin to view mental illnesses like bone breaks, kidney stones or common colds—as part of the normal wear and tear of life. Acknowledging this universality may allow us to finally devote adequate resources to screening, treating and preventing mental illnesses. It may also help us go easier on ourselves and our loved ones when we, inevitably, hit our own rough patches in the road.

If you would like professional advice for you or someone you care for, contact us online at communityreachcenter.org or call 303-853-3500 Monday through Friday, 8 a.m. to 5 p.m.